Our redemption was completed and the Levitical priesthood was terminated. Every priest stands daily ministering and offering time after time the same sacrifices, which can never take away sins; but He, having offered one sacrifice for sins for all time, sat down at the right hand of God, waiting from that time onward until His enemies be made a footstool for His feet.

For by one offering He has perfected for all time those who are sanctified. And the Holy Spirit also testifies to us; for after saying, 'This is the covenant that I will make with them After those days, says the Lord: I will put My laws upon their heart, And on their mind I will write them,' He then says, 'And their sins and their lawless deeds I will remember no more.

We have been sanctified by the blood of Jesus.

Again in verse 14 he writes, "For by one offering He has perfected for all time those who are sanctified. The verb is in the perfect tense and speaks of an act completed in the past with present results. We have been deemed from the moment we believed on Christ perfectly holy, yet making someone holy is a process.

We are progressively throughout this life being sanctified. It is always the tension of the now and the yet to be in the Christian life.

This is the great tension in the Christian life. We have received sanctification once-for-all, but we have not achieved it yet. It does not mean we are now already sinless and perfect, but that Christ has fully earned our perfection for us which we will receive in glory.

One day we will be glorified. Our eternal perfection is based on the once-for-all sacrifice of Christ. Our sanctification is past, present and future. The writers of the New Testament stress the process of sanctifying. The work of perfection is not yet complete; however it will be one day.

Christ has made perfect forever those who are being made perfect. We are still a work in progress, but there is a clear image of the final outcome. 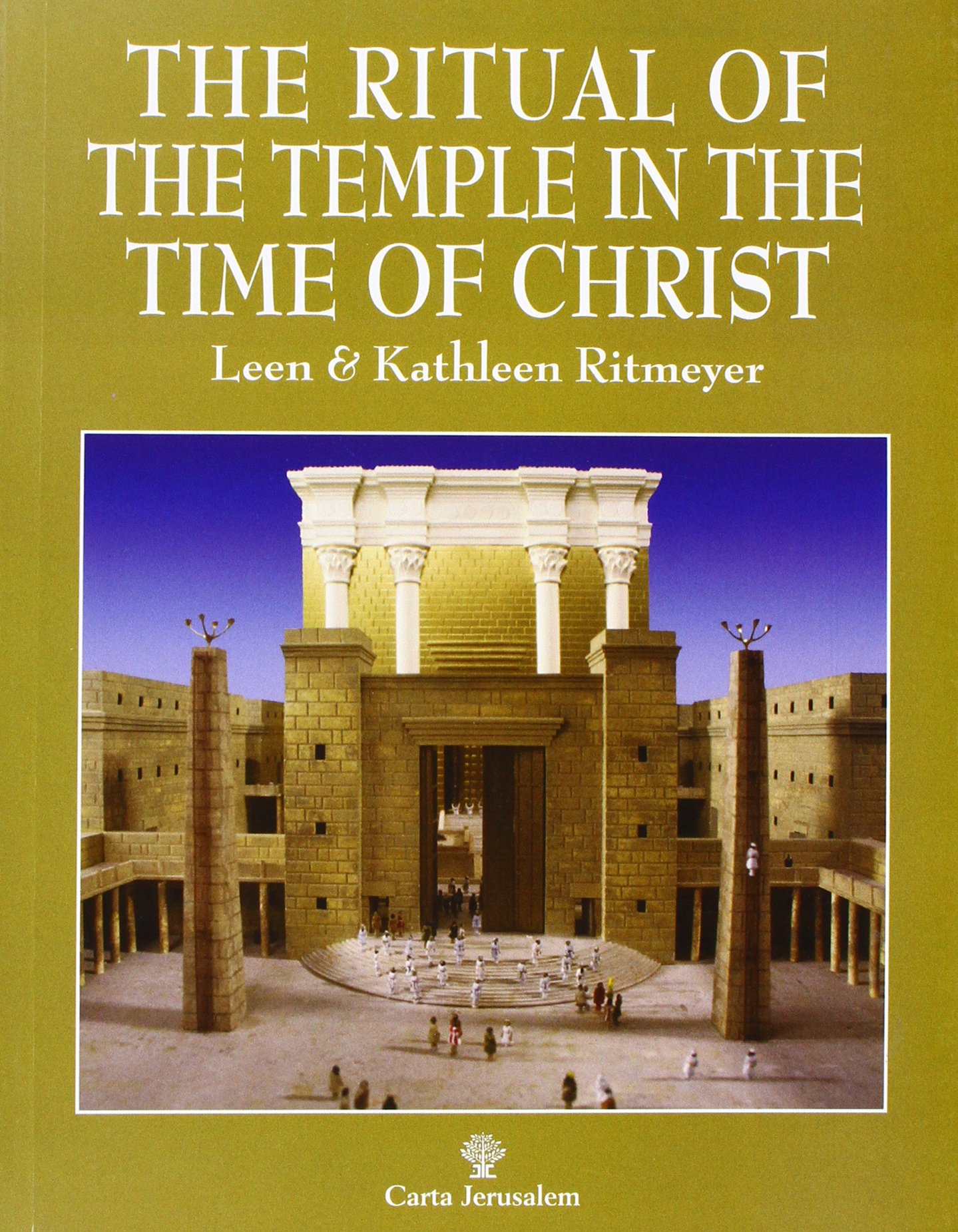 God has predestined us to become conformed to the image of His Son Rom. Because we are "in Christ" He sanctified us by His shed blood. Since we are "in Christ" we have received these benefits that were purchased by the death of Christ. They have been ours since the moment we believed on Christ as our Savior. Our sins have been forgiven, our conscience has been cleansed, and we have peace with God, the gift of eternal life, eternal security, reconciliation with God, and propitiation by His blood that turns away the wrath of God.

John Owen said Christ sanctified the believer first, and then afterward He perfected him. This sanctification is by the election of God the Father Heb.

It is His work from beginning to end. It is the result of our vital union with Christ, the Son of God 1 Cor. The Holy Spirit applies it to the believer 2 Thess. It is coincident with our justification 1 Cor.

Notable among the East Aramaic dialects is Syrian, which became a literary language between the 3rd and 7th centuries. They were imperfect and could never "make perfect those who draw near. In all essentials the Holy House, or Temple proper, was similar to the two earlier houses of sanctuary, though externally far more elaborate and imposing than either; but in the matter of surrounding courts and associated buildings, the Temple of Herod preeminently excelled. In the Acts of the Apostles, the Sadducees appear frequently as opponents of the Church. And let him that is athirst come. Revelation always implies the unveiling of something previously hidden, in this case, future events. Revelation describes the Book of Life and gives a warning about the Day of Judgement.

Positional sanctification covers all believers collectively Acts ; It is once-for-all, and perfect forever Heb. Christ offered one sacrifice for sins for all time. Remember in verses the author gets to the heart of the message in Hebrews. For by one offering He has perfected for all time those who are sanctified" Hebrews His comparison is now on the daily sacrifices and offerings in the Tabernacle.

There was ceaseless activity under the Levitical system. Day and night there was the repetition of sacrifices all year long leading up to the Day of Atonement. These sacrifices could never take away sins. Then one day Christ offered up Himself and paid the debt in full, a single sacrifice for sin, and sat down at the right hand of the Majesty on High. The work of the Levitical priesthood was never finished, but the sacrifice of Christ was once for all. The Levitical priests were still standing, but Christ completed His sacrifice and sat down.

The continual offerings were inadequate, but sacrifice of Christ alone was perfect. Again the contrast is between many sacrifices and one sacrifice, many priests and the one great High Priest. The contrast is between many sacrifices that could only point to another in expectation, and one perfect sacrifice of Christ of absolute worth. Jesus Christ is "seated" in royal sovereign glory "at the right hand of God" after having offered His sacrifice. It is one single sacrifice for all that can never be added to or be repeated. This has great implications for our salvation. The message of Biblical evangelical Christianity is faith in Christ plus nothing equals salvation.

We are saved by grace alone, through faith alone in Christ alone for God's glory alone.

Our great High Priest is seated; therefore we have the security of a finished work of atonement. God has accepted the work of Christ because He raised Jesus from the dead, and He is seated at the right hand of the Father in heaven. God would not have raised Jesus from the dead if He had not accepted the sacrifice. He would not be in the presence of God the Father in heaven interceding on our behalf if His sacrifice was not perfect. Moreover, there is something else just as marvelous. Christ is seen "waiting from that time onward until His enemies be made a footstool for His feet" Hebrews Christ is busy interceding on our behalf.

But He is also patiently waiting until the very last person to be saved trusts in Him for salvation and then He is coming in glory. He is not sitting in heaven wringing His hands. Nothing catches Him by surprise.

https://lenslastichan.tk Satan has been judged and defeated. He was crushed at Calvary. He is waiting for the appropriate time for His return and His enemies are made His footstool. Psalm permeates this great letter to the Hebrews , 13; , 10; ; ; ; It is also an important theme in the New Testament Matt.

Synopsis of the Program

Now with the completion of the sacrificial work of Christ, the new covenant is inaugurated. We have been redeemed by the blood of Jesus, and we celebrate it every time we go to the table and celebrate the Lord's Supper. The Holy Spirit is at work in the hearts of true believers applying the great message of redemption. In verses the Holy Spirit and Yahweh are one.

What the Holy Spirit says is what the Lord Yahweh says. The author of Hebrews had a high view of the inspiration of the Scriptures, and he believed in the Trinity. He picks up once again the theme of the new covenant and applies it to the believer Jeremiah It is the work of the Holy Spirit to make the application.

It is clear that his features were typical of Galilean Semites of his era. And so the first step for Neave and his research team was to acquire skulls from near Jerusalem, the region where Jesus lived and preached. Semite skulls of this type had previously been found by Israeli archeology experts, who shared them with Neave.

With three well-preserved specimens from the time of Jesus in hand, Neave used computerized tomography to create X-ray "slices" of the skulls, thus revealing minute details about each one's structure. Special computer programs then evaluated reams of information about known measurements of the thickness of soft tissue at key areas on human faces. This made it possible to re-create the muscles and skin overlying a representative Semite skull. The entire process was accomplished using software that verified the results with anthropological data.

From this data, the researchers built a digital 3D reconstruction of the face. Next, they created a cast of the skull. Layers of clay matching the thickness of facial tissues specified by the computer program were then applied, along with simulated skin.

The Passion of the Christ is a American biblical drama film produced, co-​written and . It's time to get back to that basic message. One line spoken by Jesus in the film, "I make all things new", is found in the Book of Revelation, Chapter. Depicts the final twelve hours in the life of Jesus of Nazareth, on the day of his crucifixion in Jerusalem. | Trailer .. shorter version would be released to theaters in March (just in time for Easter), under the title "The Passion Recut​".

The nose, lips and eyelids were then modeled to follow the shape determined by the underlying muscles. Two key factors could not be determined from the skull—Jesus's hair and coloration. To fill in these parts of the picture, Neave's team turned to drawings found at various archeological sites, dated to the first century. Drawn before the Bible was compiled, they held crucial clues that enabled the researchers to determine that Jesus had dark rather than light-colored eyes.

They also pointed out that in keeping with Jewish tradition, he was bearded as well. It was the Bible, however, that resolved the question of the length of Jesus's hair. While most religious artists have put long hair on Christ, most biblical scholars believe that it was probably short with tight curls. This assumption, however, contradicted what many believe to be the most authentic depiction: the face seen in the image on the famous—some say infamous—Shroud of Turin. The shroud is believed by many to be the cloth in which Jesus's body was wrapped after his death. Although there is a difference of opinion as to whether the shroud is genuine, it clearly depicts a figure with long hair.

Those who criticize the shroud's legitimacy point to 1 Corinthians, one of the many New Testament books the apostle Paul is credited with writing.

In one chapter he mentions having seen Jesus—then later describes long hair on a man as disgraceful.